The People behind Owlhaven

2. Proctor Hill Farm Pistol Annie received the "Superior Genetics" (SG) title from the American Dairy Goat Association for a combination of milk production and linear appraisal scores that places her in the top 15% in the nation.

​3. During linear appraisal the appraiser confirmed that the Owlhaven breeding program was going in the right direction. ​

​However, I was still reluctant to show. After my experiences in the Arabian industry, seeing how show ring fads negatively affected the usability of the horses, I have always been hesitant to show my goats. Over the years, I've discussed this with various appraisers, who have supported the idea that it is better to develop the herd based on performance program data first, then show. It was good advice for a young farm and it gave me a solid foundation.

In 2017, it became clear that the herd had matured and was ready to enter the ring.

After consulting with my veterinarian, and numerous other breeders, I've decided to close the Owlhaven herd. What that means is that I will not be adding outside goats to the herd, nor showing, to preserve herd health. However, I want to continue to support youth and will be providing incentives to qualified youth who wish to purchase Owlhaven animals. Qualifications include an established record of membership in FFA or 4-H, a record of showing for at least a year, and/or a record of participating in milk test and/or linear appraisal. 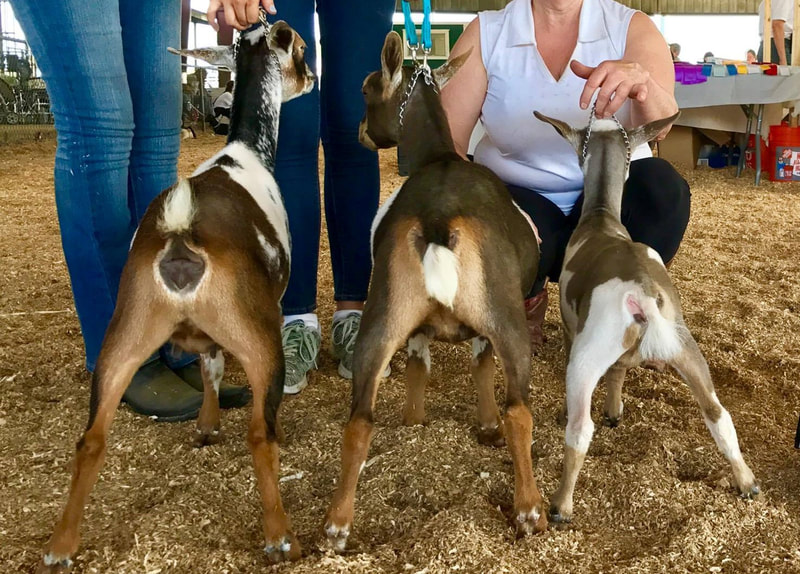 The journey has been a long one. The herd has been eight years in development, but I am thrilled that today's Owlhaven herd is meeting my goals not only for milk production and linear appraisal, but also for show ring success!
2019 Update:
This year's LA was generally a success. Leia scored 89 as a second freshener, and the first freshening Placido daughter, Owlhaven P Alegria received a very nice score of 84 as a newly fresh doe.
​​
In show news, Owlhaven MH Sugarland's 2018 Placido daughter, Owlhaven P Alia, took Jr Champion and Best Junior in Show, winning her dry leg in her first and only ring. Congratulations to her owner Laura Roe of Hyalite Farm and Holistic Veterinary Resources​! Photo of Alia is courtesy of Laura Roe, who shared that she is much more level than the photo suggests (lol). ​ 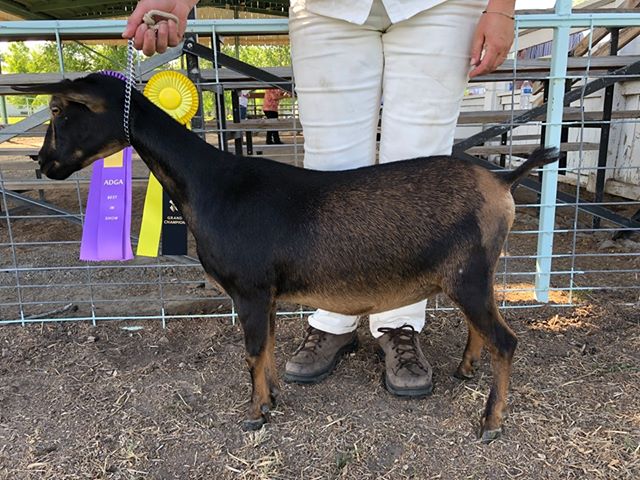